CBO Estimates How Many Will Flee ObamaCare if Given the Chance 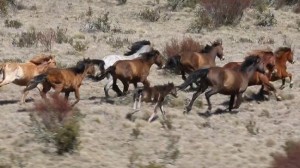 Those who control the language, control the debate. Let’s look at the language surrounding the Congressional Budget Office estimates that the Republican ACA alternative, AHCA, will result in about 22-23 million more uninsured over the next 10 years.

The truth is that many of those 20-some million only have health insurance, but they still don’t have affordable health care. The financial burden of buying ever-more-explosively-expensive health insurance makes actually using said insurance nearly impossible because the deductibles and copays aren’t manageable after paying premiums that rival the cost of most home mortgages. That’s not hyperbole. One friend over lunch a few months ago told me his premiums for just he and his wife are now $2,000 a month, more than his mortgage payment, which he attributes mostly to the fact his wife has a disease, psoriasis,  that requires monthly injections of a biologic that costs more than the monthly premium. They figure they are up a few hundred a month by paying the protection money…er, insurance premium.

We know that health insurance does not equal affordable health care because another statistic released this week highlights the unaffordability of using the insurance.

Update June 28: Health insurance does not always equal affordable healthcare, but pays the bills for most expensive procedures. One mom displayed her $231,000 hospital for her 3-year-old’s operation and her actual out-of-pocket of $500 in this MSN story.

According to an article in FierceHealthcare this week, MOST people who use hospital services do not pay their hospital bills. Here are the details of a report presented to the Healthcare Financial Management Association’s Annual National Institute.

That’s a significant increase in the percentage of patients who didn’t pay their hospital bills in full in 2015 (53%) and 2014 (49%), the TransUnion Healthcare analysis found.

Other findings on payment patterns between 2014 and 2016 include:

“There are many reasons why more patients are struggling to make their healthcare payments in full, the most prominent of which are higher deductibles and the increase in patient responsibility from 10% to 30% over the last few years,” said Jonathan Wilk, author of the book “Healthcare Revolution: The Patient is the New Payer”…[italics mine]

Another article by Doug Badger in National Review (a conservative publication) shares the details of how most of those 22 million people identified in the CBO estimates will become uninsured. About 15 million people who are forced into taking the insurance today will bolt the system.  He shares the CBO estimates that repealing the tax on the uninsured will “induce 7 million people to cancel their individual insurance policies, 4 million to drop their job-based overage and 4 million others to abandon Medicaid, even though the government provides it free of charge in most cases.”

Theoretically, compelling the purchase of health insurance should be good for the citizen, good for the medical community and good for society. It isn’t working out that way.

Under the current ACA, many (even covered!) patients still can’t afford care, the providers still wait for insurance payments or are parts of narrowing networks forced to take reduced rates, and the government is becoming the largest payer of healthcare. That’s not private insurance protecting citizens against an expensive illness. That’s a shell game moving money from the government to the insurance companies with the doctors and hospitals grabbing crumbs falling off the table during the exchange.

And, let’s face it, even the insurance companies aren’t making ends meet under the ACA. They are getting out of any marketplace where they see a crack in the door.

I can’t reasonably declare that the AHCA is a solution to the problems of the healthcare system exacerbated by the ACA, because I am not sure that it is. But I also don’t think that liberating people from purchasing insurance they don’t want, can’t afford to use and neither the government nor the patients can afford to maintain is such a bad idea either.

Health insurance is not health care. We have the data to prove it.

You can be insured and not be able to afford healthcare, so being “uninsured” is not the problem. We need to change the language and change the debate.

Medical care for all. It’s a different story.