Watching the ships roll in, and we watch them roll away again… 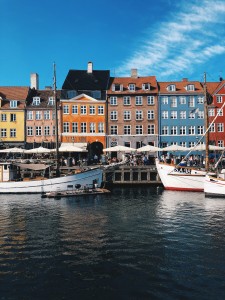 Seasons come and seasons go. Yes, in healthcare, too. We’ll open this week’s HOT Health Wonk Review looking at an enduring issue as Roy Poses of Health Care Renewal very nicely summarizes pharmaceutical marketing tactics and their effect on physicians and patients as it pertains to opiates. Some practices just keep coming around again.

Hope in a Bottle: Components of Purdue Pharma Stealth Marketing Campaign for Oxycontin Revealed by Legal Documents from Tennessee

The return of the good old days, sort of: a legal filing from the Tennessee Attorney General’s lawsuit against Purdue Pharma revealed multiple internal Purdue documents showing elements of the company’s stealth marketing campaign for Oxycontin.  These included: implied psychological manipulation of vulnerable physicians; perverse incentives for sales representatives; and use of third-party strategies (including creation of “astroturf” organizations) and miscellaneous deceptions.  More awareness and better understanding of such integrated, but deceptive marketing campaigns enables better resistance to them, and hence hopefully better professional decision making leading to better patient outcomes.  Previous stealth marketing campaigns have been revealed through litigation by the US government.  The Trump administration seems uninterested in pursuing corporate health care’s bad actors, but at least the baton has now been picked up by some state law enforcers.  Read more from Roy here.

While We’re Talking about Opioids…

Louise Norris of HealthInsurance.org tells us this year there has been an abundance of discussion about our national opioid abuse crisis and about strategies for addressing that challenge. But was the Affordable Care Act already helping address that crisis? Louise looks at how that ACA improved mental health coverage – including dramatically expanded access to additional treatment in some of the states hardest hit by the opioid crisis.

Podcast time, today our hosts David Williams and John Driscoll opine about the Right to Try law. “A great impulse and a dumb law,” says Carecentrix CEO John Driscoll. David Williams of Health Business Group agrees, “Right to try…who could argue with it, but it is a pretty cynical law.” It is redundant with compassionate use, and just removes the FDA to “take the smartest people out of the way,” says John. Lots of good stuff here as they look at a few other ways politics uses healthcare as a football. Watch, listen, learn right here.

High deductible health plans don’t work, so says Joe Paduda of Health Strategy Associates. Hear about why Joe calls high deductible plans “the bluntest of instruments” that has lots of nasty side effects and doesn’t reduce costs or improve care. Joe wonders “why the health plan industry is still selling these crappy plans.” Read more at Managed Care Matters where Joe talks about the ill effects of this health plan variant.

Much Ado About a Rounding Error? Looking at Sharing Ministries

Henry Stern of Insureblog channels Shakespeare while he questions if the faith-based ACA-compliant alternatives to ObamaPlans – now topping 1 million members – are such a good idea for people who need the assurance and reassurance of insurance or reinsurance. He’ll explain it all at this link.

Exploring Ethics: Is the Cost of Dying Worth It? Research Says Yes

Brush Up on Your Latin: Quo Vadis, Kentucky?

Tom Lynch of Workers’ Comp Insider recently attended a forum where he heard a presentation on the work requirements for Medicaid beneficiaries, a program called Kentucky HEALTH. Tom offers his perspective on the plan. It should be noted that a federal judge subsequently ruled the plan unlawful, but three other states are still developing plans for work requirements and other states are waiting in the wings. And this entire issue begs the question, where are we going, America? Is healthcare a right for all or privilege for those who can afford it? Tom kicks this football around a bit – on his private beach right here.

So now it’s time, dear Wonkers, to kick back, read the healthcare blogs and enjoy this summer day.

Photo by Anton Karatkevich on Unsplash