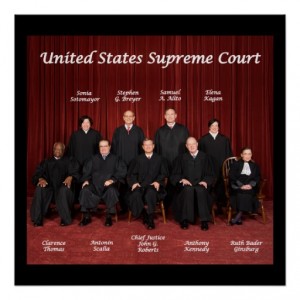 Before we launch into the jokes about the minds of the members of Congress, let’s clear something up. I’m into reading tea leaves but I’m not a mind-reader. However, it’s a fun sport.

I don’t know if Congress meant to say that ObamaCare subsidies would be applied to all citizens regardless whether their states established an exchange, and just wrote something else. Stuff like that happens.

It is wholly possible they could have made a mistake like that. After all, as Mark Twain said, “Suppose you were an idiot, and suppose you were a member of Congress; but I repeat myself.”

So I’m going to give Congress the benefit of the doubt. It meant to say that all citizens of the US would be eligible for subsidies under the ACA, and put no conditions on it. You know,  conditions like “an Exchange established by the State under [section] 1311 of the Patient Protection and Affordable Care Act.”

Let’s also ignore that Congress, even considering Mark Twain’s assessment of the value of the collective wisdom of its members, has access to far greater minds than those whose names appear on the ballot. Congress calls upon fine academic minds to help craft the laws that govern us.

In fact, Congress has access to fine minds like the one possessed by the now infamous MIT economist Jonathan Gruber whose public assessment of the collective wisdom of the electorate mirrored Twain’s assessment of our legislative body.  Gruber, a legitimately brilliant mind, actually commented on who gets the subsidy. He said, “If you’re a state, and you don’t set up an exchange, that means your citizens don’t get their tax credits.”

Why Did Congress Make a Wording Mistake Like That?

This is where I go from tea leaf reading to mind reading.

Let’s say that I am writing legislation, and I want to force the states to establish exchanges and run the health exchanges, and by extension, expand coverage to people who can’t presently afford it due to indigence thereby expanding Medicaid which is partially funded by the states (are you following this?),  then I need to put pressure on the states to establish the exchanges. So, I require that in order for each states’ citizens to be eligible for the subsidies, the states must establish an exchanges. I don’t want to run this behemoth.

If the state does not establish an exchange, its citizens won’t be eligible for the subsidies so, I reason, the citizens will force their states to participate. The states will feel political pressure to play.

Unforeseen by me, as I’m writing this law, is that the law itself will be so unpopular that citizens and state legislatures don’t want to play this game. So, they punt and let the feds run it.

Which leads us to the current problem. Uninsured and indigent are signing up by the millions. Analysts who know a whole lot more than I do about this say that they will be kicked back off the health insurance rolls if the subsidies dry up.  That outcome can result in a humanitarian crisis.

“Your honor, what we meant to say was…”

DISCLAIMER: This article relies on public reporting from news sources and healthcare analysts. This blogger has not read the law itself, nor has accessed the actual data regarding the composition of the population that has enrolled in the ACA through the state and federal exchanges.