Why a Ban on Rx DTC Advertising Makes Me Uncomfortable 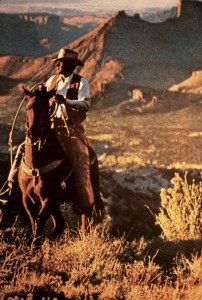 And why digital health will eventually make the ban irrelevant

This is the fourth in a series of blogs for ePharma Summit 2016 to explore ways the pharmaceutical industry can maximize the promise of digital health.

I vaguely remember the last time the government imposed a controversial ban on direct-to-consumer advertising. According to my extensive academic research on the history of cigarette advertising (Wikipedia link here) cigarette ads were banned from television and radio in 1971.

The ban on cigarette television advertising meant that the handsome cigarette man wasn’t going to ride into our living room anymore, astride a beautiful horse wearing a ten-gallon hat straight out of a ‘50s Western movie, the stud-ly symbol of American manhood. Cigarette manufacturers could no longer hawk their wares directly into millions of homes to lure the next generation into the romantic world of smoking.

The ban was for the good of the masses. Smoking is bad for your health, and if the public was too stupid to make that decision for themselves, the government smackdown on television advertising would protect the innocents from the evil tobacco manufacturers.

The cigarette lobby put up a symbolic fight, there were protestations from First Amendment rights advocates, but the deal was done. Cigarettes = bad. Ban on cigarette advertising = good. It worked. By 2004, half of smokers who ever smoked had given up the filthy habit.

Pharmaceuticals are…bad for your health?

Today, we are facing a television advertising ban on another widely consumed and popular product, prescription pharmaceuticals. Because…somebody help me out here…because they…ummm treat things like asthma, depression and breast cancer. Consumers might run out and buy it. No. Prospective pharmaceutical consumers have to go to their doctor, discuss their conditions and options, the doctor has to prescribe the medication after years of grueling medical study, and the prescription gets second-guessed by the patient’s insurance company regarding both cost and appropriateness.

So, a ban on pharmaceutical DTC advertising (which, by the way, is already highly regulated) protects whom from what, exactly? Those who favor the ban believe it will help protect patients and payers from the high cost of drugs.

The effect of DTC advertising is that patients ask their doctors about a branded drug made by a pharmaceutical manufacturing company that might, in turn, make a profit. And that profit might be used to promote yet more products to treat more diseases that the pharmaceutical company spent an average of $2.6 billion developing, according to the latest Tufts University study on the cost of pharmaceutical R&D.

Simply, a ban on DTC advertising protects the pharmaceutical companies from making profits that the government perceives to be (guessing here) inappropriately gained and spent.

DTC Bans are Bad for Freedom of Choice

The rationale is that DTC advertising is a driver of drug costs. In reality, drug costs are driven by the cost to develop, produce, manufacture and promote products, and prices are regulated by the customer’s willingness and ability to pay. It’s a complex formula for another day. Let me suggest that an Rx DTC ban is a straw man.

When the ban on cigarette advertising was imposed, people accepted it because smoking is bad for your health. About that, nobody disagrees. A ban on pharmaceutical advertising would be accepted by people who believe that pharmaceutical profits are bad, not that patients are too stupid to make complex treatment decisions for themselves. Patients do not make complex treatment decisions for themselves now.

A ban on pharmaceutical advertising seals the government’s right to restrict the free flow of information. When cigarette advertising was banned, it opened the barn door on government paternalism. That horse is out of the barn, and the cigarette ban man could be riding into territory that will permanently seal the government’s right to control the free flow of information in the marketplace – not just of products – but of ideas.

Innovation is in No Immediate Danger

The rate of innovation in biotech and health technology is breathtaking. Billions of dollars in deals transacted at JP Morgan’s healthcare confab in San Francisco last week, and hundreds of entrepreneurs promoted their health gear at the Consumer Electronics Show a few days earlier.

The field of innovation and the flow of speculative dollars keep private innovation well oiled. The U.S. is still far from total government control of research, development and promotion of the results. Done well, the government has the reach and deep pockets to be a great partner in innovation, and is doing that very well today. I sense we are in no immediate danger of an Rx DTC ban stifling individual initiative or the profit motive. Quite the opposite appears to be the case. New business entities are creating technological advances that drive down cost and increase access to all kinds of healthcare solutions. A ban on pharmaceutical advertising might restrict the promotional ability of the R&D manufacturing sector that can afford mass advertising today. However, let me suggest that a new model of private biotech is emerging that will make obsolete the concerns about the effect of DTC advertising on the cost of drugs.

New, smaller and more nimble Pfizers, Mercks and Amgens are being born every minute. Whether a DTC ban passes on a strong political wind this year will ultimately be irrelevant to the development, promotion and sale of biopharmaceutical products because marketing and sales, like medicine itself, is becoming more personalized. People respond to targeted, digital messaging. And targeted medicine means more cost effective treatment.

What will not be irrelevant if a DTC ban is implemented is a further restriction on the public’s right to know and have access to information in the free marketplace of ideas.

I invite your thoughts and comments.