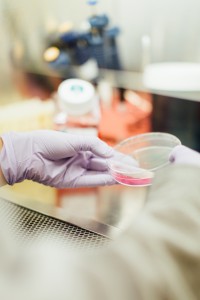 By Terry McGinn and Peggy Salvatore

We’ve been getting quite a bit of interest and feedback regarding our series on standard operating procedures, so we’ll continue writing about this topic this week.

After all, inherent in the word “expert” is the idea that something is done correctly. Correct procedures and best practices need to be captured and passed on. Sometimes, though, it seems the only people who care if the SOPs are followed are the experts who wrote them.

Truth is, everyone needs to care. Accountability right down to the last man or woman is absolutely the key essential ingredient in ensuring regulatory compliance.

Employees who are tasked with executing the many small, incremental steps are responsible only for their piece of the process. Sometimes in the laser-focus on one task, people may lose sight of the bigger picture. That bigger picture – a safe product going out the door – needs to be reinforced occasionally. Training usually steps in here for both reinforcement and correction. When that fails, the regulatory authorities will notice. Companies get slapped with government warnings and fines at a higher rate than the average person may realize. But if you are in a regulated industry, you know how often you are out of compliance.

Only then does the employee fail to perform to specifications.

Only then will training have to step in for often very expensive correction.

Only that will happen when an audit reveals you are out of compliance with your SOPs, and the Corrective and Preventative Actions (CAPAs) applied at that point of failure. That doesn’t need to happen.

In a perfect world, it should look like this:

If your current plant is not operating flawlessly as above, identify your points of failure:

And, the big question…

Do your employees feel responsible and accountable for performing their jobs according to the SOPs in place?

Maybe that is worth repeating:

Organizations that accept points of failure as the status quo have a company culture that unintentionally encourages non-compliance.

And the road to audit hell is paved with regulatory non-compliance.

Dial back your points of process failure to the source.

If your answer to either of those questions is, “No” or “I don’t know”, give us a call.

We would be happy to speak with you.

Unlike some problems in the universe, the problem of poorly-written and executed SOPs can be solved. Let’s do it.

Terry McGinn has worked in regulated industry for many years and has experience in written procedures that will help pass scrutiny of a regulatory authority inspection. To have a conversation, write to us at workingwithsmes@gmail.com to set up an appointment.

Photo by Drew Hays on Unsplash